This century-old story was pieced together from old-timers’ tales, newspaper accounts from Mesilla’s early days and even some private diary entries. The digging took a lot of effort, as much of Mesilla’s turbulent and often violent history became enmeshed in the tale. Here is the “ghost tale” as best we can piece together:

The first owner of the house that is now the Double Eagle Restaurant, was the Maes family.

The family was in the import-export business. When its base in Santa Fe was taken by the Americans after the Mexican-American War of 1846-1848, they moved south to the area now known as Mesilla. From the grand size of the house the Maes family built, one can see the family had big plans for the future–especially the mother.

She was very proud of her family, it’s prestige, power and connections. Her grand plans centered around her eldest son, a teenager named Armando. She constantly reminded him of his duty to the family. They say Senora Maes had stars in her eyes.

Such a big house required many servants. One of the servants was a teenage girl named Inez, who is said to have been very beautiful, with long black hair reaching her waist. Armando fell in love. He knew his mother would not approve and Armando and Inez tried to keep their love a secret. But, the shy touches, “chance meetings” in the house and other signs of love alerted the other servants to the feelings of the couple. Soon, the servants were in on the secret and united in hiding the romance from the Senora.

It was not long before most of the village knew of the young people’s devotion for each other, and they too kept the secret. The Senora’s snobbish ways had not made her popular amongst the other villagers. The shy young man and the beautiful maiden walking together on an errand across the Plaza caused many an older heart to remember past days and smile.

Finally, however, the Senora discerned that lovesick Armando was paying too much attention to Inez. Armando confessed his love for Inez, but the Senora refused to listen. She flew into a rage and ordered Inez from the house. She reminded Armando of his station in life and of his duty to his family, including the Senora’s plans that Armando marry aristocracy in Mexico City.

Then, one day, the Senora returned early from a trip. The servants’ reactions triggered her suspicions that something was wrong. She asked for Armando, but got conflicting answers to where he might be. She walked to his bedroom and, hearing voices within, opened the door. There she found beautiful Inez — in Armando’s arms.

Enraged by the sight, the Senora stepped back in shock onto the Patio area and, stumbling over her sewing basket, pulled her sewing shears from the basket. Seemingly in a trance, the Senora returned to the bedroom where Armando and Inez were hastily dressing. Without a sound, the shears were raised and then plunged into Inez’s breast. Again, the shears were raised. Armando screamed, “No, Mama! No!” and rushed to shield his beloved Inez. The Senora, unseeing, drove the shears into her own son’s back. At Armando’s cry of pain, the Senora came to her senses and, realizing what she had done, uttered a scream they say was a stricken and pain-filled as was ever given voice.

The Senora stepped back to see Inez crumbled on the floor, with blood gushing from her gaping wound, while Armando, himself bleeding from the ragged hole torn in his back, cradled her and gently stroked her hair. Servants rushed to the door and witnessed the look of tender love exchanged between Armando and Inez. As Armando bent to kiss her lips, he felt her last breath brush his cheeks, now wet with tears. As Armando clung to her body, he raised his head toward a corner of the room, as if watching someone, and suddenly a smile burst onto his face. He stared raptly as if seeing something unbelievable. Then, as the Senora called his name and approached to care for his wound, Armando collapsed, never looking at her.

It is not known what happened after that, but Mesilleros say the Senora did not speak from that day forward. Her last spoken word had been her dying son’s name.

It is said that the young lovers’ ghosts inhabit the Carlotta Salon — formerly Armando’s bedroom — to this day. The lively commerce of the Double Eagle Restaurant must have rejuvenated the two spirits, because they seem quite active today. The ghosts make their presence known in many ways — never with malice or anger, but more like teens’ high spirited pranks. Tables left in one spot have been found in a different place the next morning. Wine glasses have been broken, without sounding the motion detector’s alarm. Whispered names and strange perfumes have also been reported. And, most famously, two over-stuffed master and mistress chairs sit in the corner of the Salon — the first clues leading to discovery of the tale. The chairs, though rarely used and newly re-upholstered to match the decor, show signs of wear. The cut velvet fabric is worn in the shape of two human bodies, one larger than the other, but both small by today’s standards.

Perhaps you too will see the famous ghosts of the Double Eagle. 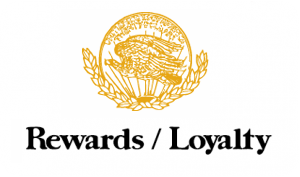 © Developed by by TMG.